Formed 12000 years ago by the retreat of the last glaciers, Smugglers Notch is famous for its history as a secret route for smuggling rum north into Canada. Today Smugglers Notch sees nearly 700,000 visitors a year. Bordered by steep cliffs, summer visitors find “The Notch” is an excellent venue for sightseeing, hiking and rock climbing. Winter transforms Smugglers Notch into a world class mecca for ice climbers with recorded first ascents dating back to the 1970’s.

At 4393’, Mount Mansfield is Vermont’s highest peak and one of the southernmost artic zones found in North America. Hikers flock to Mount Mansfield to explore miles of summer and fall hiking trails. Centerpiece of those trails is the “Long Trail” which stretches 280 miles long from Canada to Massachusetts. From the summit, visitors will gain expansive views of the Champlain Valley and New York State’s Adirondack mountains to the West and the White mountains of New Hampshire to the East. Winter transforms Mount Mansfield into the Downhill Ski Capital of the East, Stowe Mountain Resort.

Skiing began is Stowe as early as 1914 when Nathaniel Goodrich hiked up the ski down the Toll Road on Mount Mansfield. Later in the 1920’s, organized skiing began at the old logging camp, “Ranch Camp”, found at the center of the Ranch Valley. Lumberman Craig Burt opened Ranch Camp to early skiers to explore the network of old logging roads in the Ranch Valley. The Civilian Conservation Corp organized the cutting of the first Alpine Ski Trail, the “Bruce Trail”, from the top of Mount Mansfield descending to Ranch Camp. Today, we explore the Ranch Valley on 125 kilometers of groomed XC trails and a vast backcountry ski network created by loggers over 100 years ago. 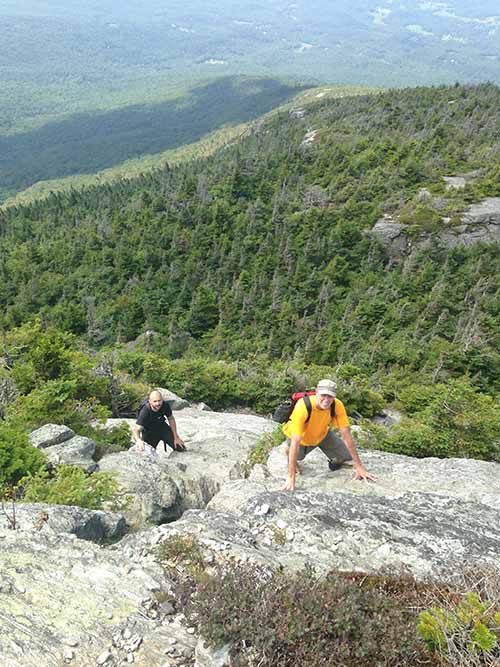 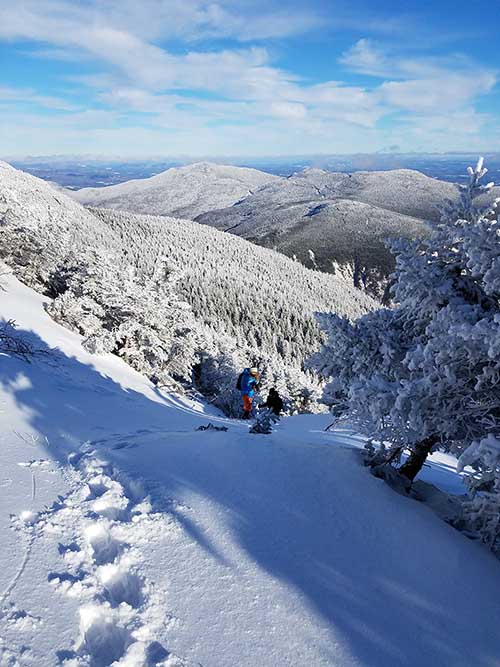